“Never heard of him..!! Needing a lot of voices on ‘Shaun the Sheep Movie’ and ‘Rex the Runt’, Sean was ideal as he could call on so many different characters. He also had that rare gift that added to the series... Comic timing.”

“Working with Sean is always a delight. His professionalism and attention to detail make him a pleasure to direct and his spectacular range of voices brought imagination, colour and humour to all the characters he portrayed in our BBC productions of ‘Big Cook Little Cook’ and ‘Horrid Henry’. He never fails to deliver.”

"Sean delivered above and beyond our expectations, his animal voices for Papa's Boy are hilarious and heart-warming, and add hugely to the film. His narration is professional and engaging. Our sound team were extremely impressed with his preparation, ability to deliver take after take, and his seemingly effortless range. We hope to work on many more projects with Sean!"

”Sean kept up his varied impersonations of Star Wars characters for a three hour long recording session – enjoyed by all and in the bag well within time. Fun, articulate and full of ideas Sean delivered on all aspects of the project. I’d definitely use him again.”

"Sean is an immensely talented voice artist. Along with his vocal dexterity, Sean brings a high level of professionalism and a good dollop of humour which makes any project a pleasure."

“I worked with Sean when I was a producer in the BBC Children’s Radio Unit. He was always very easy to work with and I found him to be an extremely versatile and talented actor. His ability to do a wide variety of accents was especially useful for the children’s dramas and stories on which he and I worked and I would never hesitate to recommend him to my colleagues."

A selection of my voice clients: 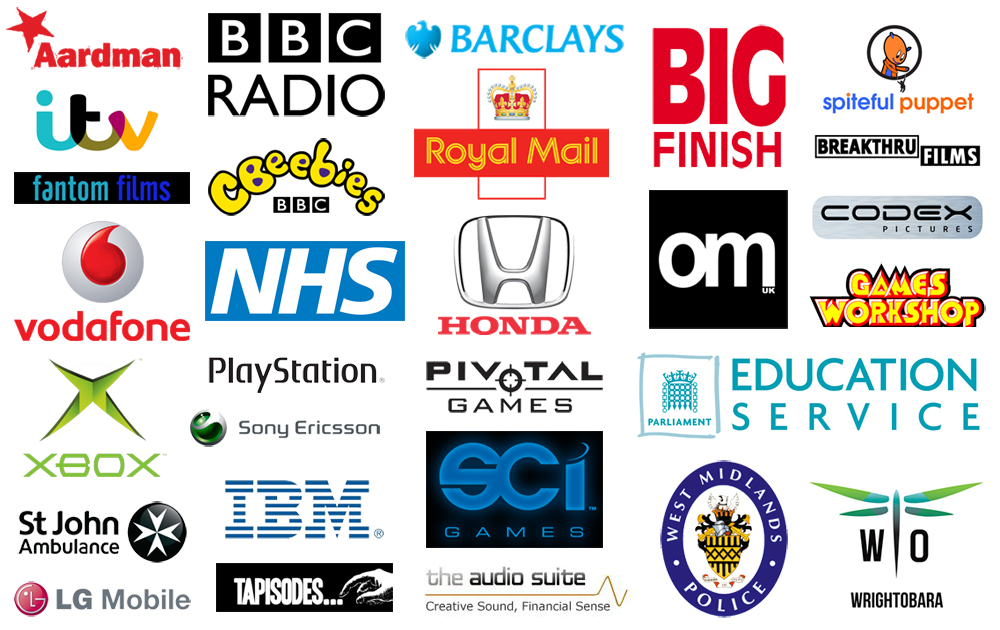